Just what is yoga? Someone who hasn’t been properly introduced might think that it simply consists of contorting one’s body into strange positions. In fact, yoga is a life philosophy, and the "strange positions" are only one small part of it.

Yoga originated in northern India, near the Himalayas, some 5,000-6,000 years ago. Because of this, the terms used are from Sanskrit; the box at the right has translations of some common words. Although yoga is a philosophy, not a religion, Hinduism took it to Asia, and Buddhism took it to other countries. It is commonly believed that yoga reached ancient Greece and the Holy Land before 200 B.C.

Yoga is a holistic science of self-improvement whose purpose is to consciously focus on one’s mind, body, and spirit in order to find harmony and discover Samadhi (complete self-knowledge, enlightenment). This includes detaching oneself from reality, understanding one’s personality, and putting one’s mind and emotions in order. Yoga practice can help anyone – male or female, young or old, fit or unfit – become healthier and find balance and moderation in all aspects of life.

There are many different types or paths of yoga, but the purpose of each is the same: to create harmony within and without one’s body. There are five main branches of yoga, each of which works toward Samadhi in a different way.

Hatha yoga, the type most commonly practiced in the West, is two Sanskrit words: ha (sun) and tha (moon). This indicates the polarity of positive and negative which must be equilibrated in order to achieve perfect health and a calm mind.

So what does all of this have to do with vegetarianism? Yoga practitioners tend to be vegetarian for two distinct reasons. Like the practice of yoga itself, the reasons for vegetarianism are both physical and spiritual. 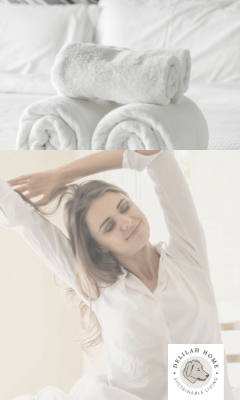